Things To Do In Milwaukee 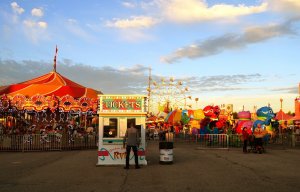 Milwaukee is probably best known for its famous breweries and theMilwaukee Brewers, but there’s more to the city than beer and baseball. Milwaukee is rich in historical and cultural attractions, making it the perfect place for a full weekend of exploring and adventure.

Milwaukee is home to many events that happen in Wisconsin.  Since 1968, Milwaukee’s Summerfest has evolved into the largest music festival in the world, hosting the music industry’s hottest stars, emerging talent and local favorites, along with approximately 850,000 people from Milwaukee and around the globe each year! Thousands of people gather daily over a period of 10 days during Summer to listen to the biggest names in the music business. With over 800 acts and 1000 performances, 11 stages, delectable foods and beverages, it is an event not to miss.

Wisconsin’s largest city, Milwaukee, is located on Lake Michigan, which is the 2nd largest of the five Great Lakes, containing around 22,300 square miles of fresh water. Milwaukee has various lake activities and numerous shipwrecks to explore.  Milwaukee offers a ferry in summer on the Lake Express, to take you across the lake to Michigan. This ferry only operates in the summer months.

Downtown Milwaukee Riverwalk spans 3 miles along Milwaukee River through the Historic Third Ward which has become the hub for artistic activity and is currently home to more than 20 galleries and art studios, Milwaukee Institute of Art & Design (MIAD) and the Broadway Theatre Center, where you will find the renowned Skylight Opera Theatre, Milwaukee Chamber Theatre and Renaissance Theatreworks. The Historic Third Ward hosts a quarterly Gallery Night, which showcases local, regional and national talent.

All in all, Milwaukee has 17 museums downtown and 25 including the surrounding counties, which includes a children’s hands on museum, the Betty Brinn Children’s Museum, which is designed specifically for kids 10 and younger. Milwaukee also has a Science and Technology Museum, which includes interactive exhibits, educational programs and much more. Milwaukee is the birthplace of Harley Davidson, established in 1903 and home to the world’s only Harley-Davidson Museum.

Milwaukee has a few nicknames; Cream City, because of the cream-colored bricks used in the buildings, Brew City, Beer City, Brew Town and Beertown, because of the rich brewing history and Milwaukee is also fondly known as MKE. Milwaukee is the city that beer built, and there are many beer tours offered. From macro to hip micro beers, fruity beers and even gourmet sodas (or pops 😊), take an individual brewery tour or hop on a beer tour bus for a guided expedition through multiple breweries to see how Brew City is still earning its name!

Milwaukee city has an estimated population of around 592,025 as of July 1,2018 – and we are proud to  say, that We Buy Houses Milwaukee has been serving the community since 2005 and we are rated as the preferred and trusted local cash home buyer in Milwaukee for many people, including those that say “I need to sell my house fast in Milwaukee.”