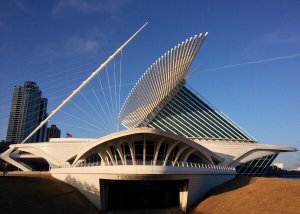 Milwaukee continues to grow at a fast pace and relies on different streams of revenue to keep the city operating smoothly. Some of Milwaukee’s revenue resources stem from tourism, sports and entertainment.

The tourism sector in Milwaukee, WI is rather large and benefits both residents and the communities. Those seeking jobs can do so in the historic sites, entertainment venues as well as hotels in the area. This is a large source of income for many residents and migrants. Tourism is not just about getting tourists to a destination, it’s about the small businesses whose livelihood depend on tourism and in turn the city benefits from taxes to be collected from the various businesses.  As a small business, we buy houses in Milwaukee and surrounding areas, and help increase the tax base for the city of Milwaukee as well as surrounding communities.

Milwaukee’s history, at least for a large portion, has been known as the ‘beer capital of the world” with beer production dating back to the 1850s. Milwaukee has a large German Heritage, and beer is a big part of Milwaukee culture and Milwaukee city had 4 of the largest breweries namely, Miller, Blatz, Schlitz and Pabst and today, Miller-Coors is the only one of the big 4 that still operates in Milwaukee. Thousands of people have done Milwaukee Brewery Tours downtown, which has helped the community tremendously.

Sport in Milwaukee is another stream of income and Milwaukee’s Miller Park, soon to be renamed to American Family Field, hosts the Major League Baseball team known as Milwaukee Brewers, and our Basketball Stadium is called Fiserv Forum, which is a multi-purpose arena located downtown Milwaukee. It is the home of the Milwaukee Bucks of the NBA, and the Marquette Golden Eagles – men’s basketball team of Marquette University. Milwaukee is also home of the Milwaukee Admirals, our AHL team, located in UM-Milwaukee Panther Arena. The stadium and arenas are for the most part filled to capacity, which in turn benefits the city and creates many jobs.