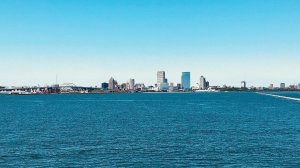 In the early 1700s Native American tribes were drawn to the area because of its rich vegetation and location at the intersection of 3 rivers and Lake Michigan. They were namely, The Algonquians, Potowatomis and Ojibwe and they named the area, Millioke, Ominowakiing and Manwaking which are all different meanings of good land and gathering place by the water.

In the late 17th and early 18th centuries, French fur traders and missionaries established a trading post here, which was followed by wave after wave of European immigrants who began making their homes in Milwaukee. Now, although we have not been around since the 18th century, We Buy Houses Milwaukee was started back in 2005 and has become well established as the premium cash house buyer in Milwaukee and surrounding areas.

Milwaukee has 3 founding Fathers, who often were at war with each other – Solomon Juneau, Byron Kilbourn and George Walker. They eventually set aside their differences and incorporated their towns into what is now known as Milwaukee.

In the mid-18th century, Milwaukee become the go to place for German, Irish, English, Polish and Italian immigrants. Each nationality settling in their own neighborhoods – enticed by the German brew masters and industrialists to their ever-expanding tanneries, breweries, heavy equipment manufacturing and flour mills. German immigrants made up 1/3 of Milwaukee’s population by 1850.

Milwaukee’s Polish community settled in the city’s south side, where Polish stores, bakeries, churches and schools helped to form a close-knit society of its own. The Italians, on the other hand, chose to settle in what is now known as the Historic Third Ward where they specialized in groceries, bakeries, fresh produce and trades. The English and Irish were more known for their positions in the legal profession and city government positions.

Milwaukee has proven to be the city of great cultural diversities. The 75 acre lakefront Henry Maier Festival Park hosts ethnic festivals throughout summer, of which the German Fest, Festa Italiana and Irish fest also happen to be the largest of its kind in the USA.